Paying it Forward: MS Finance Students Invest in the Next Generation of Entrepreneurs - Vanderbilt University Owen Graduate School of Management

Aleena Rahman, Michael Graehler, and Zachary Hensley (all MSF'20) are giving back to local high schoolers by helping them develop entrepreneurial skills through Junior Achievement of Middle Tennessee 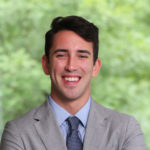 Junior Achievement is a non-profit organization that prepares young people to enter the workforce and teaches them entrepreneurship and finance literacy skills. Volunteers from the local community, including several Vanderbilt Master of Science in Finance (MSF) students, leverage their business experience to empower students to turn their business ideas into reality. "It has been a great opportunity to give back to the community using some of the knowledge we have all gained here at Owen and the MSF program," said Zachary Hensley (MSF'20).

Michael Graehler (MSF'20) had a similar experience during high school, which is part of what inspired him to volunteer for Junior Achievement. "I was the accountant for our in-school boutique apparel shop and learned a great deal from it. I used what I learned to start a pressure washing company during college to help pay for tuition and later found a non-profit organization benefitting kids in rural Nepal," he said. "I enjoy volunteering with Junior Achievement because there is no better way to learn about business than running a real business with money… high schoolers are able to generate ideas for a business, select an idea, and start a company."

The MSF students visit Hillsboro High School every other Friday to coach students through their projects. "Essentially, we act as consultants to give students the direction they need in developing viable ideas, business processes, and fully functional operations models," Hensley explained. 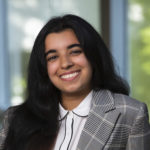 The Hillsboro High students harnessed their youthful creativity to explore a broad range of business ideas, from selling coffee to parents to conducting in-school movie screenings. After performing due diligence under the guidance of the volunteers, they decided to establish a business selling school spirit gear to students and began turning their idea into a tangible venture.

"When we got there in the first meeting, we felt like we were trying to keep the students grounded (so they didn't) go flying off with crazy ideas," recalled Aleena Rahman (MSF'20). "But today, they… had a more conservative approach now that they are thinking about logistics and contacting suppliers and money. They also started realizing that for the supply chain, they need to figure out contacting manufacturers who they can start sending orders to. For financing, they made their estimates on what their costs would be and then how they can go about raising funds. It was so cool to see that they had already developed structure." 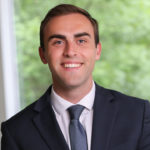 Ultimately, the goal of the Junior Achievement program is for the high school students to have a small business up and running by the end of the school year — a remarkable feat for any entrepreneur, much less busy high schoolers juggling school, extracurricular activities, and college applications. "I've had a blast being a part of Junior Achievement and look forward to seeing how far the students can take this business in the spring," Graehler said.

While the entrepreneurial path is strewn with challenges, Rahman also looks forward to watching her students push through the obstacles and gain valuable insights from the experience.  "I try to tell them, ‘hey, don't get bogged down because you'll probably fail in lots of places, but take those lessons with you to the next business you're going to be working on,'" Rahman said. "I'm still in awe that these are high school students who are going to have a legal running business at the end of the year. It's pretty stellar when you think about it."

Hosted by Delta Air Lines, the annual event recognizes Nashville's contributors to business and philanthropy and will be held Wednesday, Oct. 23, at the Music City Center.

In 1991, Freeman founded Zycron, Inc., and served as the executive chairman. The company has grown to be one of the largest IT solutions firms headquartered in Tennessee, employing more than 350 IT professionals and servicing Fortune 500 clients and health care, government and utility agencies in the country.

He currently serves as Zycron executive managing director as the company is now a division of BG Staffing Firm.

In addition, Freeman is a member of Reliant Bank's board of directors and the chairman of Pinnacle Construction Partners, both of which he co-founded. He is also the vice chairman of the Middle Tennessee State University board of trustees and was the first two-term chairman of the Nashville Area Chamber of Commerce.